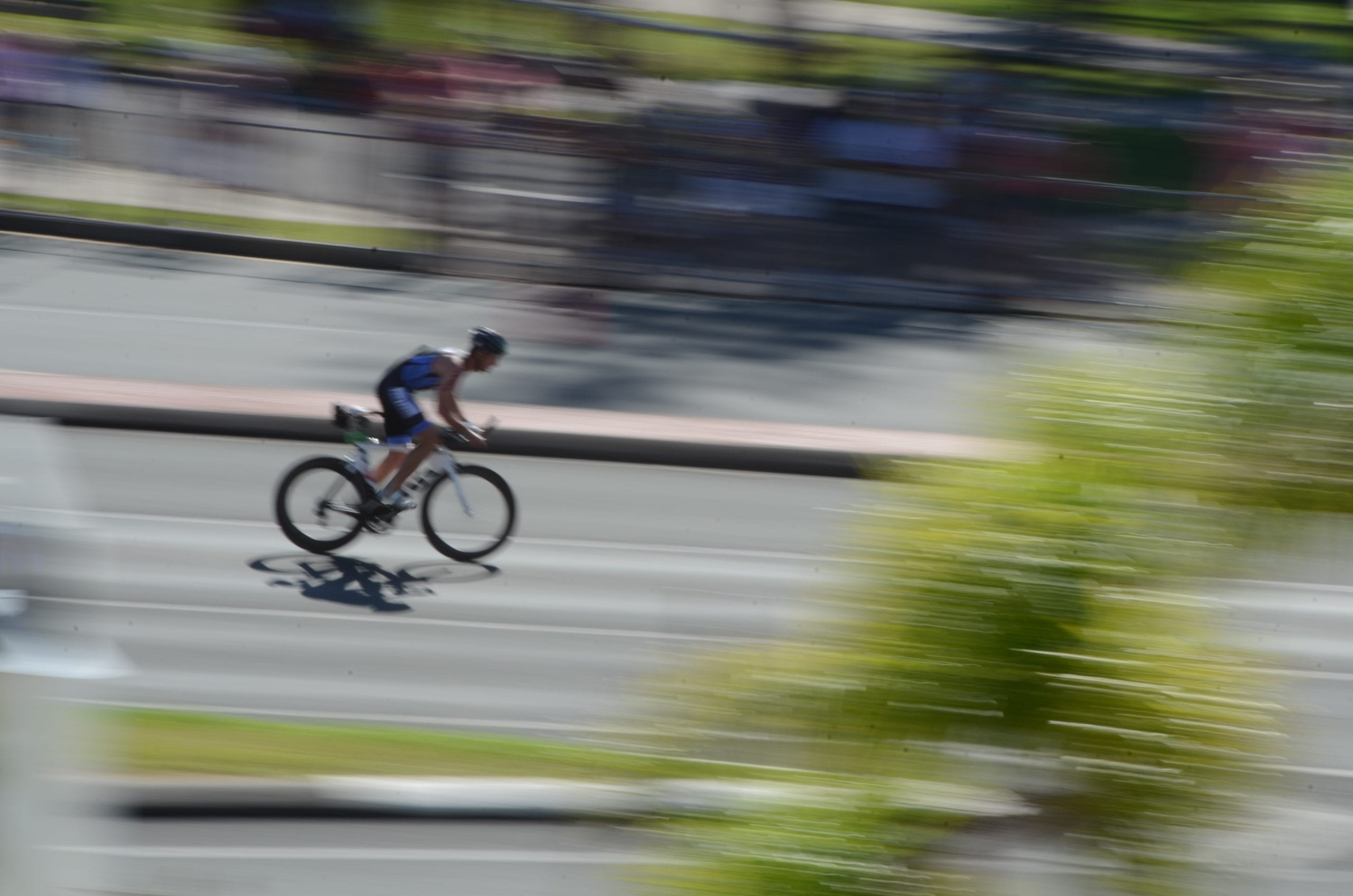 Triathlon has FOUR disciplines not three

Just because you can swim, ride a bike & run around the block this doesn’t mean that you are ready to line up for a triathlon.

Yes it’s a good start, but putting it all together takes a bit of practice. It also ensures you finish the event!

Training for transitions is sometimes referred to as a brick session.

Brick sessions help your muscle memory as well as progression from one muscle pattern to the next.

Brick sessions aren’t necessarily long sessions, but they are combination sets that are long enough for you to start to engage & reinforce the next muscle groups used in the next leg of the triathlon. So to train for T1, incorporate a short bike session immediately following a swim set. This could be done on a wind-trainer set up by the pool deck to reinforce the change in focus from upper-body to lower body muscles. Training for T2 incorporates a relatively short run after a cycling session. Whether it’s around the block or a little longer, practise everything from getting off the bike, pushing the bike & changing into your running shoes if necessary.

The main thing to remember about brick sessions is that you want to mimic the race conditions as much as possible.  Try to find out if it’s a soft s& transition from the swim finish to the bike compound as this can be very different & taxing on the legs, especially when the lactic acid is building up in the shoulders from the swim. Also establish early if you’re using cycling shoes or joggers on the bike. If you are using cleats, are these going to be clipped into the pedals or are you going to running through the bike compound in your cycling shoes to the mount line. Don’t forget to practise mounting & dismounting your bike as you plan to in the race – shoes on/off? Using elastic b&s or not? Wearing socks or not & if so, when are you putting them on? Dismounting on tired legs can be tricky even for the pros – so practise, practise, practise. It’s much more friendly on the mind & body to do this in training rather than at the event with all the adrenaline (& crowd).

Your physio can help you with advice about distances to reinforce the muscle patterning depending on your goals, training & event.

Transitions might be the forgotten leg but they can also mean the difference between  finishing or not.

SHARE
PREVIOUS ARTICLE Pram Running
NEXT ARTICLE I want to do a Tri – what next?