Learn more about our therapists and their clinical interests, and get to know our wonderful support team. 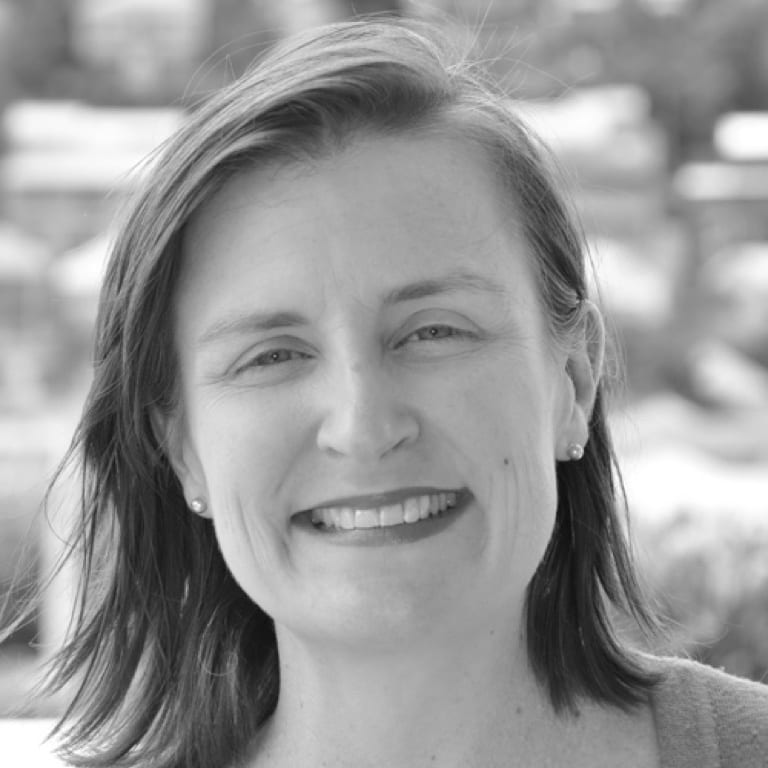 Upon return to Queensland, she has then had further experience as a private locum before establishing this practice in 1999. She has worked with Qld Schoolboys Rugby, Qld Suburban Representative Rugby Union, the Qld Rugby Union Referees Association, Club Rugby Union, Junior Rugby Union, & Tertiary Rugby League, as well as lecturing for Sports Medicine Australia. Liza has also worked as a Clinical Supervisor at University of Queensland in the Masters of Sports Physiotherapy programme. Liza works with the Medicals Rugby Union Club. Liza has a specific interest in sports injuries treatment & their prevention. She has always had an interest in postures & movement patterns & is currently combining this interest with her new hobbies of photography & renovation.

In 2011, Liza  experimented with minimalist running training & completed the Brisbane Half Marathon, the Toowoomba Ridge to Ridge Half Marathon & her first full Marathon in Toowoomba after just 12 weeks training. Liza ran the Twilight Half & Brisbane Running Festival half in 2014 with the added challenge of pushing Xavier in the running pram. August 2014, Liza & Xavier (Pram running) completed the Sunshine Coast Marathon in about four & a quarter hours.

Liza is one of only eleven Specialist Sports and Exercise Physiotherapists in Queensland and only about 45 Australia wide. 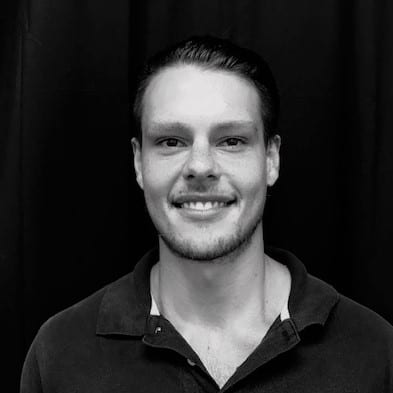 Reggie received his Masters in Physiotherapy from the University of Queensland in 2020 after working as an Exercise Physiologist & Sports Scientist since 2016. He also pursued an honours thesis during his undergraduate studies looking at the effects of high intensity interval training (HIIT) in people with cancer, which led to publishing two additional exercise physiology articles in peer reviewed journals. From this, he has developed expertise in delivering evidence-based interventions for enhancing quality and ease of movement to allow people to be their strongest and healthiest.

Years of experience in strength & conditioning coaching for a range of sports, as well as a personal background in competitive weightlifting, has allowed Reggie to develop an understanding of the training demands of athletes ranging from developmental to Olympic levels. Combining this with a passion for teaching anatomy, Reggie appreciates the intricacies of human movement and how optimising physical function can help people achieve their health and performance goals.

Reggie is experienced with practices in dry needling and western acupuncture, and has particular interest in diagnosing and treating neck, back and shoulder pain in addition to all types of sports injuries. He also likes to treat injuries following motor vehicle accidents, pre/post orthopaedic surgery rehab and dizziness/vertigo management. 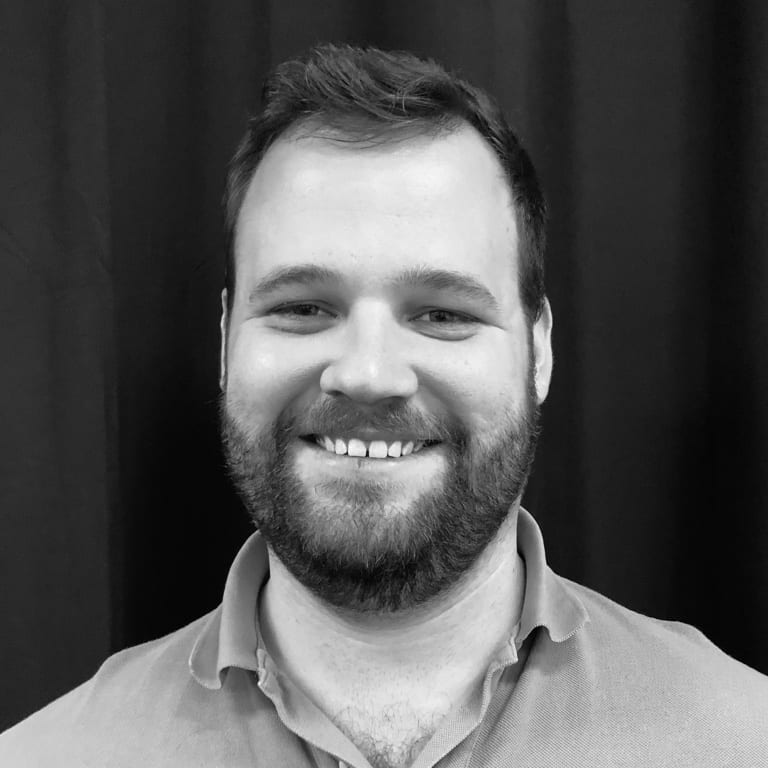 Anthony graduated from the University of Queensland in 2015 with a Bachelor of Physiotherapy (Hons). Since graduating, Anthony has worked in the public health sector at the Royal Brisbane and Women’s Hospital with numerous different patient populations. He has spent time working with Musculoskeletal and orthopaedic injuries. He currently works as a Senior Physiotherapist in the Emergency Department at the Gold Coast Hospital.

Throughout university Anthony worked as a student physiotherapist with Brisbane State High School Rugby Union teams and volunteered to work as a student physiotherapist with the Queensland Reds Women’s and Youth Rugby teams. Currently Anthony enjoys treating a wide variety of conditions including low back and neck pain as well as lower limb injuries.

Outside of work, Anthony keeps fit by playing Australian Rules Football with the Redcliffe Tigers. He also enjoys snowboarding around the world, including Japan. 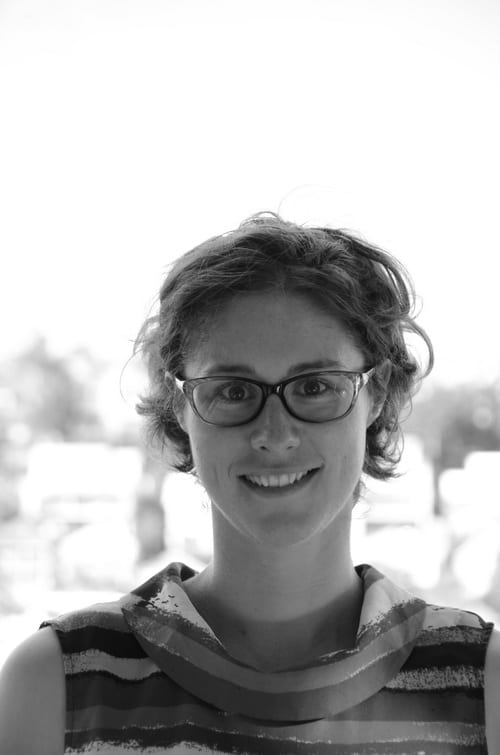 Gillian graduated with honours in Podiatry from QUT in 2012.

As a young person engaged in competitive sport Gillian was able to identify that it was the invaluable contribution of a podiatrist and customised orthotics that enabled her to overcome her repetitive injuries & go on to have an injury free sporting life.  This experience was a primary driver in her choice of career.

Gillian continues to engage in a range of sports including Netball, Touch & the more recent addition of Sailing.  As someone who enjoys being active Gillian is supportive of individuals seeking to address acute or chronic lower limb conditions that limit their mobility.  She has an excellent understanding of treatment options for people of all ages & lifestyles and is able to integrate your lifestyle & personal goals into her management.

Since 2008 Gillian has supported children & young adults with disabilities in a vacation care program.  This has built practical skills in working with young people with complex communication & medical needs as well as a commitment to treating patients on an individual basis.

Gillian recommends early intervention for all foot conditions & regular maintenance for general footcare. She advocates the monitoring of chronic conditions that affect the foot such as Diabetes & neuropathies. Gillian recognises the importance of maintaining optimum mobility throughout life as a prevention strategy for many chronic & lifestyle diseases.

Gillian implements evidence based practice in her work & brings current podiatric knowledge to her patients.  She is experienced in the treatment of a variety of nail and skin conditions such as fungal nail infections, nail deformities, cracked heels, ingrown toenails, warts & corns & calluses. 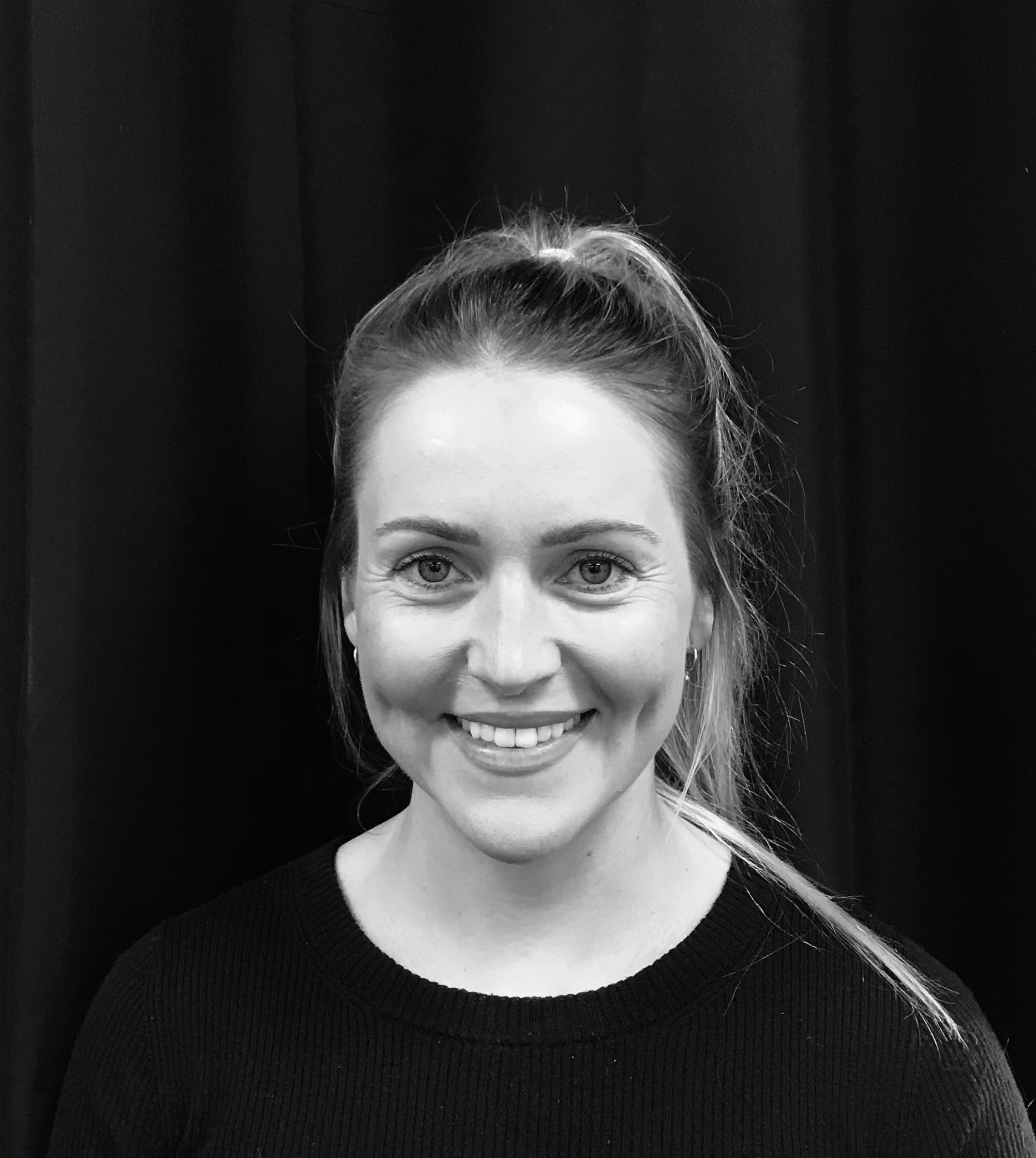 Tiff graduated her Podiatry degree with honours from QUT in 2014. She has worked in private practice since, developing and growing a wide set of Podiatry skills.

Tiff has developed a strong interest in sports podiatry, in particular injury prevention and management of the lower limb. She really enjoys helping her clients improve their foot function and return to activity post injury. Her desire to help people stemmed from her personal experiences as a young athlete, receiving treatment from podiatrists and physiotherapists and witnessing first-hand the improvement that was achieved.

Tiff personally lives a very active lifestyle, with a background in athletics and now participating in powerlifting, touch rugby league and cycling. 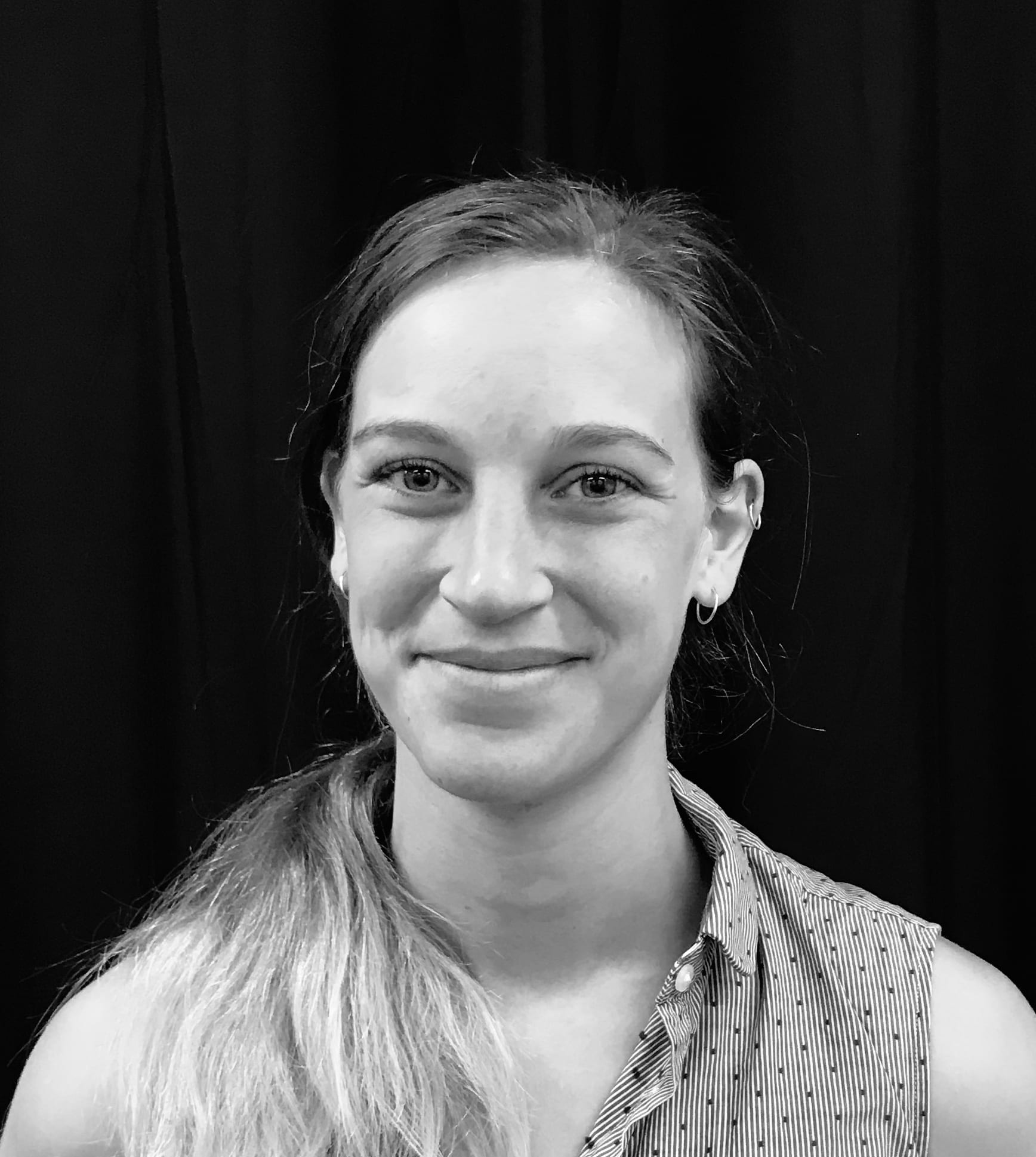 Evy completed her first Bachelor’s degree in “Fine Arts” at The School of Arts, Gent Belgium. Wanting to combine her creativity with a more health related role and having a big interest in anatomy and sports led Evy to choose a career in Podiatry, completing a Bachelor of Science in Podiatry with a special interest in Muscular Skeletal (MSK) and injury rehabilitation medicine.

During her studies she was exposed to the latest technologies in gait analysis and after graduating, she experienced work in a Private Practice and the National Health Science in the UK for 4 years. Evy went on to study her Masters of Science in Theory of Podiatric Surgery where she published her first article in “Podiatry Now” in March 2020.

She is a self-motivated and friendly person who is eager to learn and stay up to date with the latest technologies. Outside of the workplace Evy enjoy hikes, Thai boxing, running and swimming and Volunteer at Australia zoo Wildlife hospital on my days off. Born in Belgium, Evy is fluent in French, Flemish (Dutch) and English. 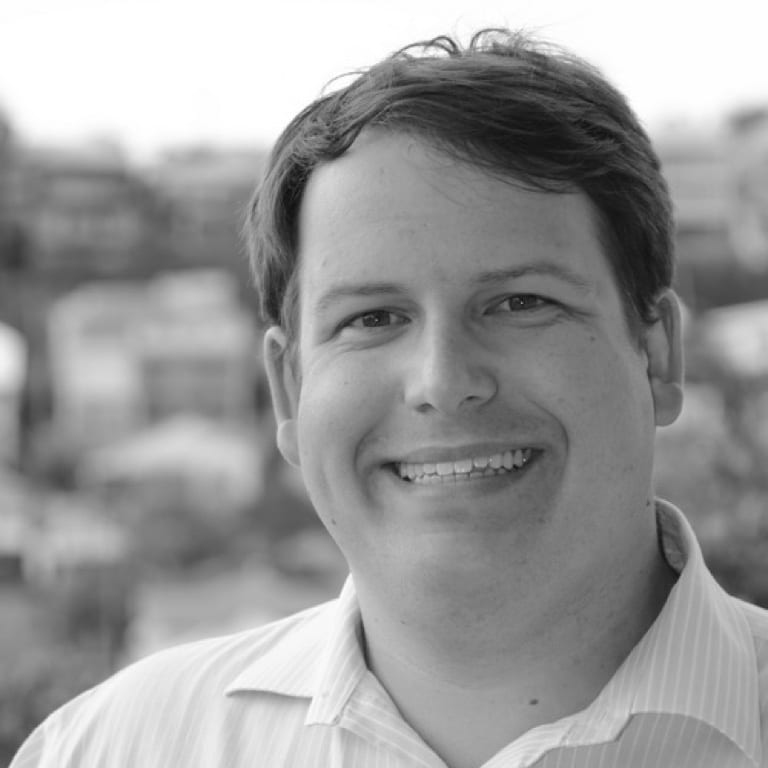 Lachlan graduated with a Bachelor of Health Science in Podiatry in 2014. Since then he has continued to increase his scope of knowledge with courses in mobilisation, running retraining and has even had the opportunity to sit in on the Pacific Island Orthopaedic Association (PIOA) lecture series in Samoa, allowing him to combine his passion for other countries and cultures with a further enhancement of his foot and ankle knowledge. Lachlan is a current member of APodA and AAPSM.

Lachlan has had extensive experience with general foot care, nail surgeries, diabetic, paediatric and biomechanical patients. He takes pride in the precision of his general foot-care work and enjoys the challenges that come with a variety of foot issues.

When he isn’t at Paddington Physiotherapy and Podiatry, Lachlan is studying a postgraduate diploma of psychology part-time. 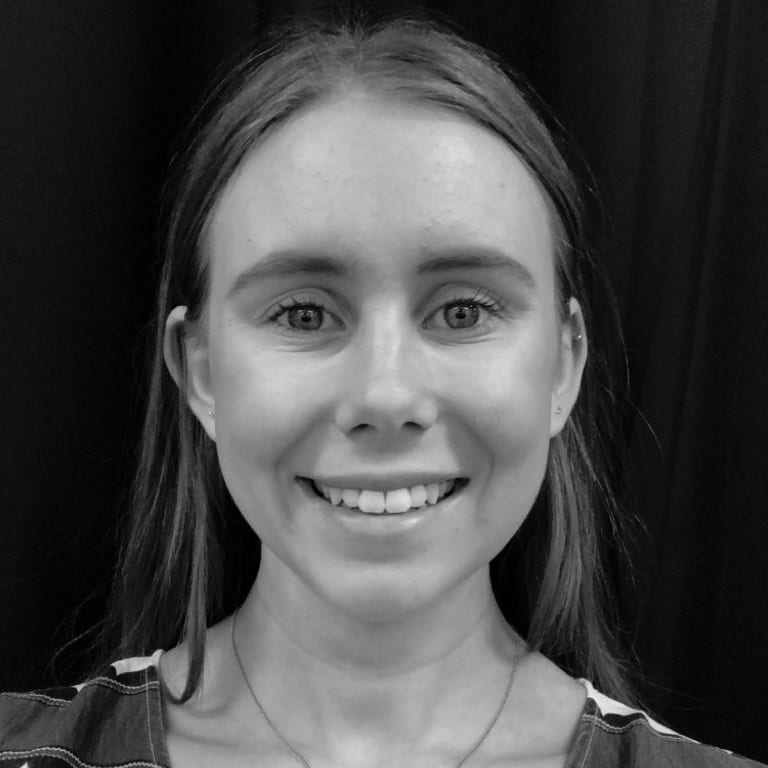 Lucy is currently a full-time student at the Queensland University of Technology (QUT) studying a Bachelor of Creative Industries and majoring in Interactive and Visual Design and Interior Design. She is looking forward to travelling again in the future when possible.

Lucy is loving the experience that she is gaining as a receptionist and in her spare time she enjoys playing sport as well as creating art, in particular, drawing and painting. 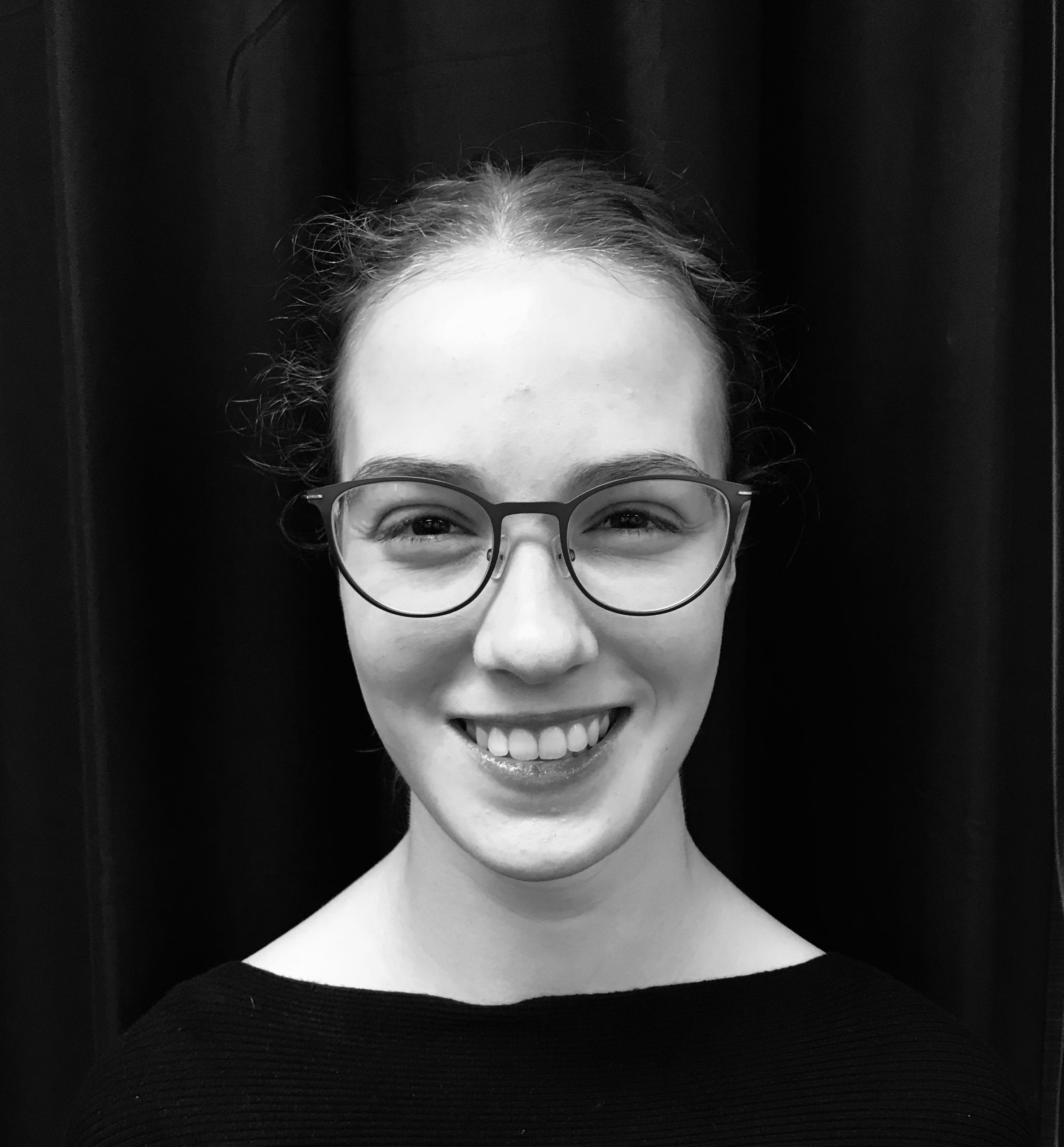 Julia is currently studying Physiotherapy at the University of Queensland. She is finding the course really interesting, and is looking forward to going on placement and applying all she has learnt. 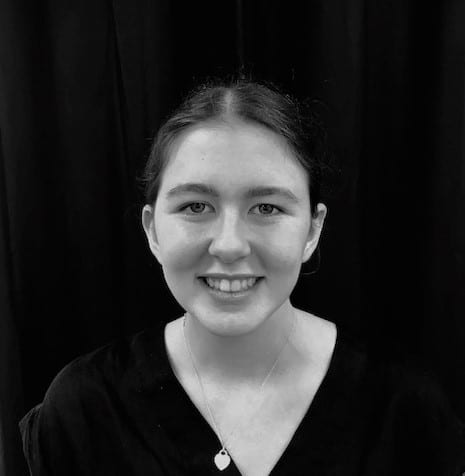 Emily has recently graduated from All Hallows’ School and has been accepted into a Bachelor of Nursing at Australian Catholic University. She is really looking forward to starting university and is excited to see where it takes her in the future.

When she’s not working or studying, Emily enjoys playing sport- especially netball and running! She also enjoys travelling and trips to the beach. 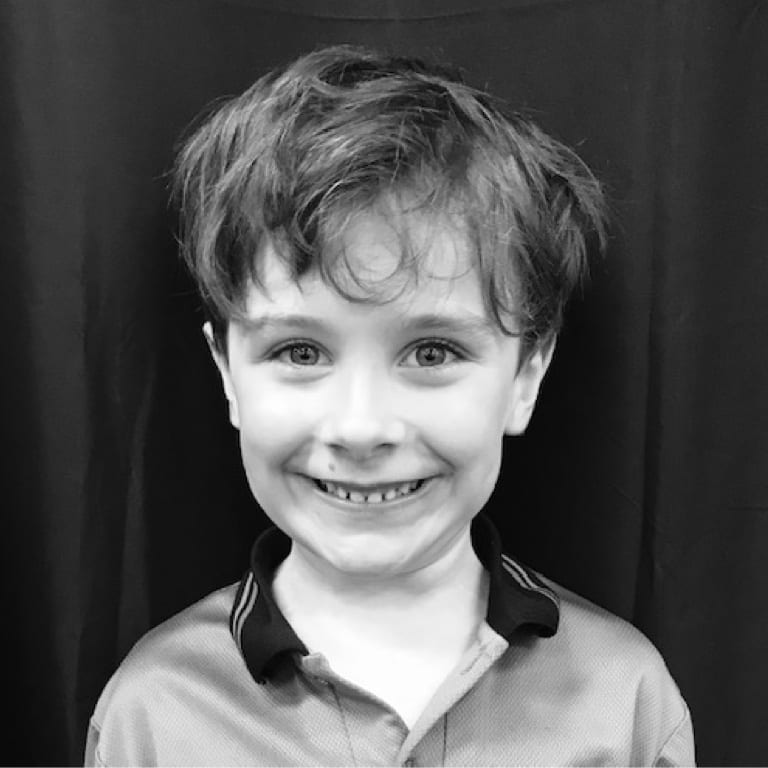 Xavier Devlin joined the team at Paddington Physiotherapy & Podiatry in early 2013. He has had a busy time greeting patients in his role as Customer Liaison Officer and Inventor.

Xavier has started school but in his spare time, Xavier enjoys his running, having competed in two City2South runs, Brisbane Running Festival 10km & half, Twilight Bay Run, Variety Club Santa Run, & the Twilight Half Marathon & the Sunshine Coast Marathon. This year he plans to ride his bike while Liza is running. Xavier is also a regular at Swimming training and Swim meets. Xavier has joined GPS Rugby and is doing some running training. 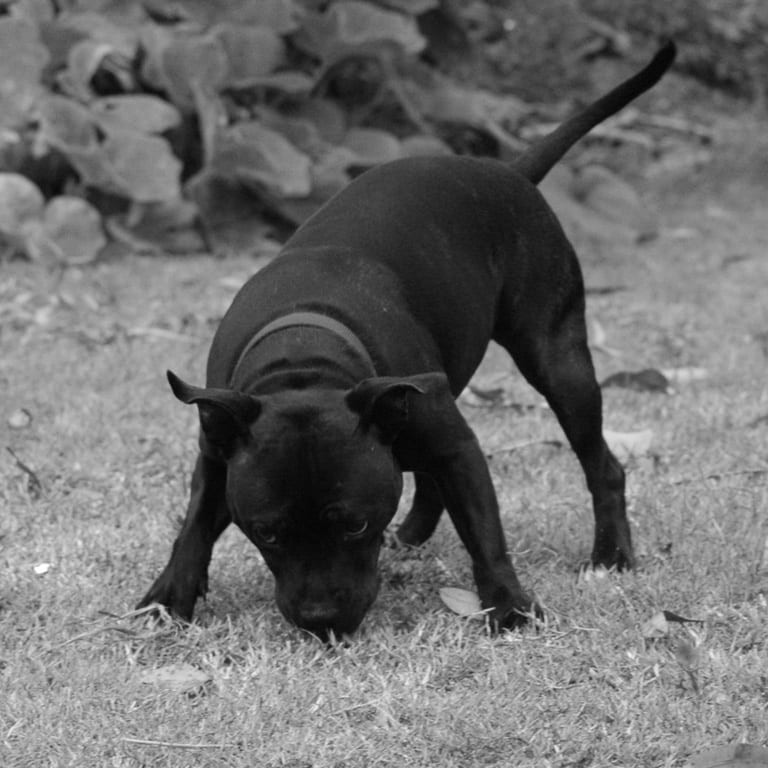 Kitty or Kathrine Regina as she was more formally known, was part of the team here from March 2006 to March 2015. Kitty was our walk-leader, fitness assistant, mobile marketing manager & mascot for Med Rugby, being one of the few dogs allowed into Ballymore.

Join the team at Paddington Physio and Podiatry. Visit the Careers page for current position.