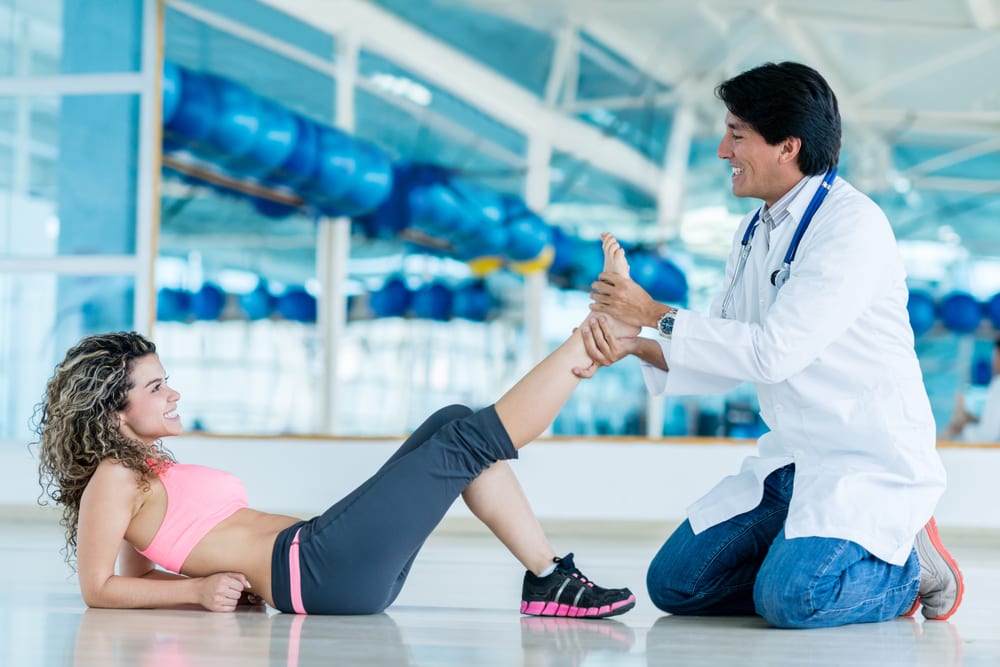 Muscle cramps are a common disorder with many different causes. A lack of water is the most common and easily amended cause of cramps. To avoid these problems, keep yourself hydrated by drinking plenty of water before and during exercise, especially in the hot summer weather. A handy hint is to weigh yourself before and after training to judge how much water you use so that you can replace the loss. By the time you are thirsty you may be already dehydrated.

An electrolyte imbalance, such as a lack of potassium, magnesium or sodium, can also cause cramps as it interferes with the messages from the nerve to the muscle. Banana’s are a good, simple source of potassium. Magnesium can be found in Avocados and green leafy vegetables. Sodium is less likely to be the cause of cramps as most diets contain plenty of sodium, particularly if you eat processed foods.

If you experience a cramp in the foot, calf or hamstrings it could be due to muscle tightness or weakness.  Foot and calf cramps may also be caused by poor footwear with not enough arch support.  If you think the cramps are due to poor footwear or tight or weak muscles then a physiotherapy or a podiatry appointment can solve the problem. Make one today here or call 35116352.